The product is made up of a tried and tested combination of Hydrogen Peroxide, Paracetic Acid and Inert dilutants to make up the best cold sterilant for Dialyser Reprocessing. 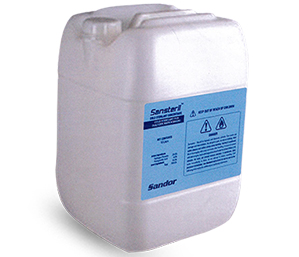